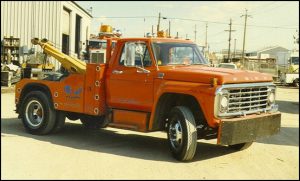 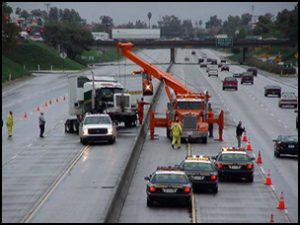 The Latest To Join Our Fleet

At the helm of his Super Wrecker, J.R. makes it look easy. It’s one out of a fleet of  “Super Wreckers” owned by  Ten-West Towing, which was founded in 1963 and now operates a fleet of Wreckers & Emergency Recovery Equipment. The latest Wrecker to join the Ten-West fleet is a new Century®️ 1150, 50-ton rotator with a knee-boom underlift, on the all-new Western Star 49X chassis! This is the first heavy-duty unit built for the towing and recovery industry on the new model from Western Star.